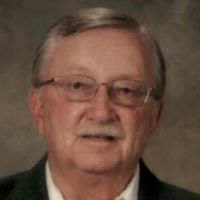 James Wesley Buckley, 87,  of Sheridan, passed away on Friday, July 1, 2016, at Westview Health Care Center with his family and Pastor Doug Goodwin at his side. Jim was born on February 2, 1929 in Sheridan, Wyoming to parents Jerry and Mona (Evans) Buckley.  He grew up during the depression and worked at his father’s bakery after school.  Jim was inducted into the United States Army in February 1951 and served for 2 years until his discharge in February 1953.  During this time he was stationed at Fort Flagler Washington with the 369th Combat Engineers and at Yucca Flats Neveda where he participated in 7 A-Bomb tests.  He eloped with  Rose Marie Warnke on August 13, 1955 to Hardin, Montana.  They made their home in Sheridan, WY, and added 3 children to their family over the next four years.  Jim was the Parts Manager for Valley Motor & Implement for thirty five years and was the Maintenance Supervisor at Sheridan Manor for twenty five years retiring in 2008.  Jim enjoyed fishing, hunting, riding motorcycles, rock collecting, bowling, gambling, and really enjoyed working in his yard.  He loved spending time with his family, spending time at the family cabin in the Bighorn mountains, and was very excited about becoming a great grandfather. He was a loving husband, father and grandfather. He will be greatly missed.Jim was preceded in death by his parents, and brother Robert Buckley.  He is survived by his wife, Rose Marie, children; Jimmy Buckley, Jerry (Marci) Buckley, Tammy (Dan) Morales all of Sheridan, his grandchildren; Colleen (Justin) Gatlin of Texas,  Nolan Buckley, Kristy Buckley and Carson Morales of Sheridan.In lieu of flowers memorials to honor Jim can be made to the First Christian Church, 102 S. Connor, Sheridan, WY 82801 or to the Sheridan Senior Center, 211 Smith St., Sheridan, WY 82801.A Memorial Service with Military Honors will be held at 3:00 p.m. on Friday, August 5, 2016, at the First Christian Church with Pastor Doug Goodwin officiating. A reception will follow at the church.Kane Funeral Home has been entrusted with arrangements.