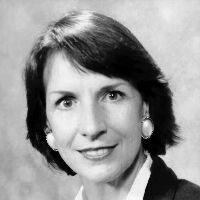 On November 30, 2016 Janet Newton Ludwig, age 71, died peacefully at her home in Story. As a child, she was lovingly cared for by her parents Harold and Ruth Newton. She attended Sheridan Schools. Janet was Sheridan’s first Junior Miss and later became Wyoming’s Junior Miss. Janet graduated from SHS in 1963 and moved onto UW. While there she was a member of Kappa sorority and the woman\'s downhill ski team. During her sophomore year, the Kappa’s invited the Sigma Nu Fraternity over for dinner where she met Scott Ludwig. A relationship soon developed, followed by a marriage nine months later, blossoming into a marriage of 51 years. In 1969, Janet received a BS in medical technology and chemistry with honors. She worked in a private medical lab in Laramie starting in 1967. In 1967, their first child, Michelle, was born. Two more children, \"Rusty\" and Ryan, followed. Janet obtained a Master’s in microbiology in 1979 with honors. Subsequently, the family moved to Story, Wyoming. Janet enjoyed raising animals, gardening, backpacking, and raising children. Janet worked part-time at both the VA and SMH while teaching. In 1985, the family suffered the devastating loss of their daughter, Michelle. Several years later, the family was blessed with the arrival of two more children, Reilly and Ryce.In the Wyoming bicentennial celebration of 1975, a spark was ignited in Janet in the art of quilting. She later helped to organize the Sheridan Centennial Quilt, the Sheridan Inn Quilt, and a quilt for the Episcopal Church. She soon entered various national contests using patterns and designs of her own making. The quilt \"A Western Howdy From Cowboy Country\" and the “All American Medley” were two of her national winners. In 1995, Janet created and entered the “Paintbrush” quilt in the Wyoming Centennial Quilt Contest, where it won first prize. Requests soon came in for the patterns of Janet’s original designs. Janet soon thereafter began writing and illustrating quilt patterns. This led to the beginning of her design company, “Chickadee Charms”. HGTV later invited her to be a guest to explain the construction of the “Steadfast Steed Horse” pattern. Two acres of land were acquired in downtown Story for a shop named “Pinewood Cottage.” Over the next few years, the house and property was totally renovated. In 2016, Pinewood Cottage was chosen as one of the nation\'s top ten quilts shops by “Quilt Sampler Magazine.” In the fall of 2015, Janet became ill and was diagnosed with Multiple Myeloma. Eventually the disease weakened her body. Nevertheless, her spirit, hope, and dedication to her family and the shop remained resolute throughout the treatment process. On November 30, 2016, Michelle’s birthday, Janet went to join her angel daughter and the Heavenly Father.She is survived by her devoted husband Scott, children Rusty, (Kirsi), Ryan, (Audrey), Reilly, Ryce, (Stephanie), and grandchildren, Logan, Stig, Maddie, and Sawyer.A Memorial Service will be held at 2:00 p.m. on Monday, December 12, 2016, at St. Peter\'s Episcopal Church with Father John Inserra and Deacon Stephanie Ludwig officiating. A reception will follow in the Parish Hall. Memorials may be made to the Story Community Fund, P.O. Box 22, Story, WY 82842Kane Funeral Home has been entrusted with arrangements.