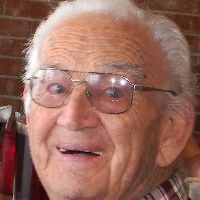 Jim Balkenbush (93) passed away peacefully on March 31,2018, at the Westview Healthcare Center with his family at his side after a ten-year battle with Alzheimer\'s Disease.   John James “Jim” Balkenbush Jr was born in Denver, Colorado, on November 30, 1924, to John Phillip Balkenbush and Anna (Schroeder) Balkenbush. He grew up the fourth of five children in Denver and Center, Colorado, graduated from Center High, attended the University of Colorado and graduated from the Merchant Marine Academy in Long Beach, New York in 1945. He served as an officer in the Merchant Marines throughout WWII in the North Sea and the Pacific transporting troops and goods to and from many fronts. He was the officer on duty of the Sea Devil when it was torpedoed and sank in the Pacific and the Northeast Victory which broke in two and sank in the Atlantic.       After the war, Jim returned to Denver where he met his wife of 71 years, Lois Peters, who was a nursing student at the University of Colorado. They were married on February 14, 1947. They lived in Hill City, SD, Buffalo, WY, Loveland, CO, Buffalo, Lander, and Story, WY. In 2002 they retired and continued to live in Story. Jim was diagnosed with Alzheimer\'s Disease in 2008 and they moved to Sheridan in 2010. Jim and Lois owned and operated a drug store, a shoe store, a used car business, a car dealership, and a Real Estate office over the years. Jim also operated an outfitting business for many years on the Powder River, the Jackson area, near Meeteetsee, and in Canada,Jim will be remembered in the Buffalo, Story and Sheridan communities as a kind and generous man who was always willing to help anyone in need. He was a frequent sponsor for members of Alcoholics Anonymous and was a lifetime member of the Catholic Church. His community service interests included the Knights of Columbus, Kiwanis, Chamber of Commerce, and AA. He was an avid hunter and fisherman and a well-known basketball referee. He covered thousands of miles running back and forth on basketball courts from junior high, high school, and college throughout Wyoming. For the last two years of his life Jim lived in the VA and at Westview Nursing home in Sheridan. At both of those facilities he received exceptional, compassionate care. Survived by his wife of 71 years, Lois and six of his children – Jalene (Steve) Sorenson of Gillette; John (Candy) Balkenbush of Conrad, Montana; Judy Balkenbush (Joe Panetta) and Pete (Cheri) Balkenbush of Sheridan, Bob (Tammy) Balkenbush of Sommers, Montana; Ken (Wendy) Balkenbush of Story. Grandchildren; Jim(Tami)Sorenson and Chris (Krista) Sorenson, Jay(Christina)Balkenbush and Justin (Terri) Balkenbush, Eric (Angela) Howell, Jamie (Jeremiah) Attanasio, Annie (Martin) Schubarth, Sara (Dave) Francis, Kristen (Ray) Hahn, Allison (Hunter) Wohlers, Carly Balkenbush (Damon Santini), John Michael Balkenbush, Jason Balkenbush (Lena Roberts), Steven  (Therese) Balkenbush, Chelsea Balkenbush (David Lopez), Makenna Balkenbush, 34 great grandchildren and one great-great granddaughter. He was preceded in death by his parents, siblings and one son, Dan Balkenbush.  A Visitation will be held at 4:00 pm with a Rosary at 5:00 pm on Friday, April 6, 2018, at Kane Funeral Home. Mass of the Christian Burial will be held at 10:00 am on Saturday, April 7, 2018, at Our Lady of the Pines Catholic Church in Story with Father Robert Rodgers officiating. A Reception will follow immediately at the Story Women\'s Club. A Private interment will be held at a later time.In lieu of flowers the family requests donations be made to the Sheridan Senior Center\'s Caregiver Support Group, 211 Smith St., Sheridan, WY 82801.Kane Funeral Home has been entrusted with arrangements.