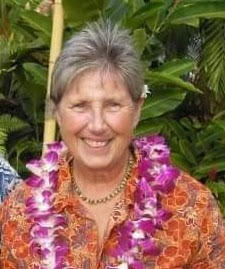 Judy Hetland Siddle, 76, passed away at Sheridan Memorial Hospital on October 28 th , results of her third large stroke. Her stepson Nick Siddle was at her side.

Judy was born February 16, 1946 to Ole and Mary Hetland in Billings, Montana. She resided in her early childhood in Fromberg, Montana, later moving to and living in Wisconsin. Judy returned to Cody, and spent many years up to retirement working at the Cody Post Office, where she knew everyone by their address or post office box number. She had an infectious smile and a sense of humor with all the post office customers. She was very active and enjoyed many outdoor activities, like hiking and kayaking. She was also a strong member of the Cody Bible Church, where she had many friends.

She married Richard Siddle, and they spent many years exploring and traveling. They spent extensive time in Alaska and Hawaii, and went many times to the National Finals Rodeo in Las Vegas, and the Pro Bull Riders Finals in Las Vegas. Several times their travels included Dick’s grandchildren Troy and Kelly, and Judy embarked in the Step Grandmother role with them on several great adventures.