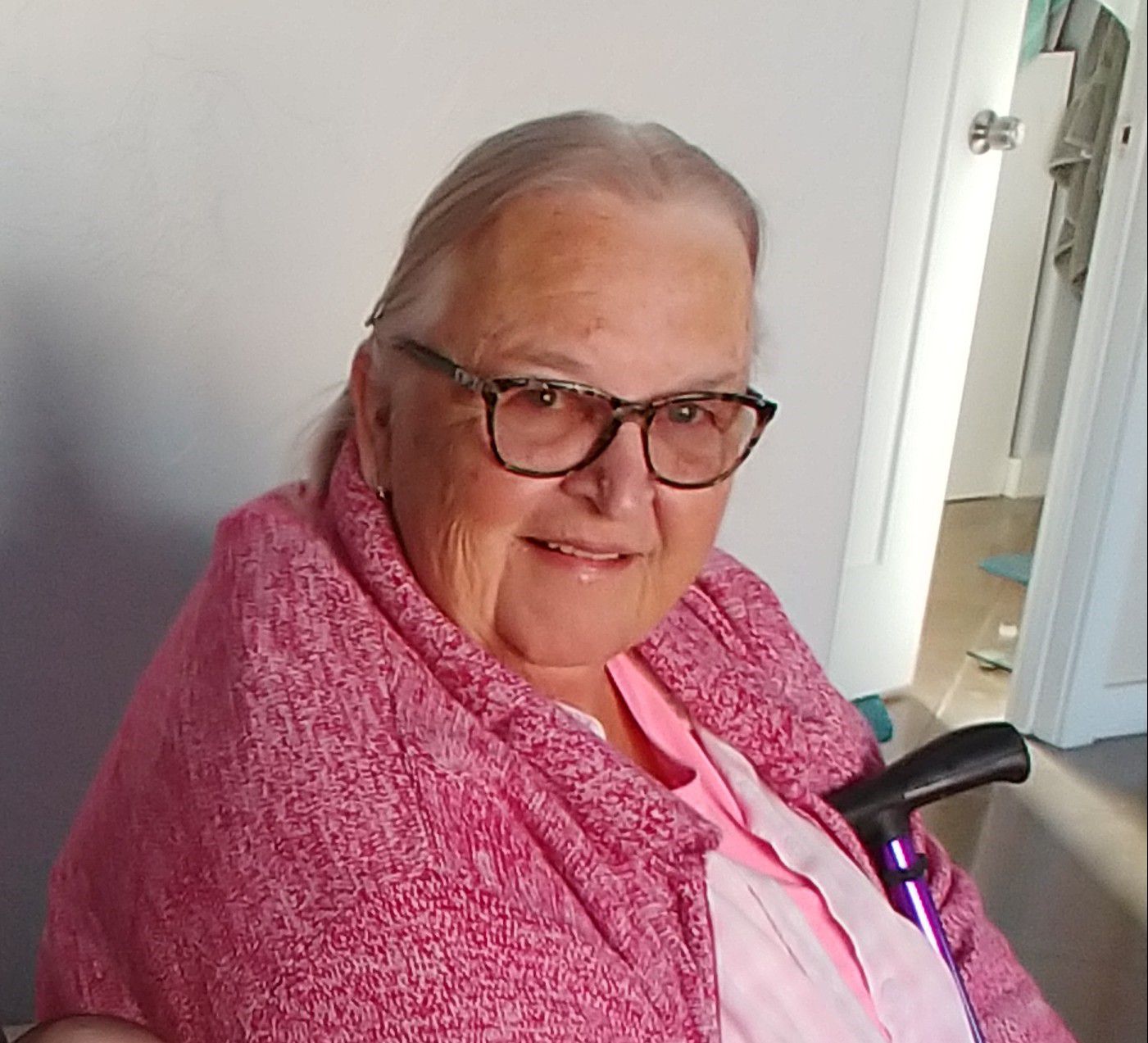 Kathleen(76) of Parkman, Wyoming went to be with her Lord on June 16, 2022,at Sheridan Memorial Hospital with her daughters by her side.Kathleen was born on September 15, 1945, in Elk Mound, Wisconsin to parents Earl and Evelyn (Alf) Cartwright. Kathleen completed school to the eleventh grade, and she was thankful for her classmates who always invited her to their class reunions.

Following a short courtship, she married Jackie Allen Betz on October 3, 1962,in Elk Mound, Wisconsin and the following year their first daughter was born, Brenda Lee (named after Jack’s favorite singer). Kathleen worked as a bookkeeper for the family business, Betz Bulldozing until1981. She also worked as a CNA for many years working nights so she could be with her children, Julie Ann and Jenny Lyn. She loved working with her elderly clients she took care of. During her time as a CNA, she was also involved in home health care. She was a source of strength and encouragement for her daughter, Julie and Granddaughters Jackie and Kimberley who followed in her footsteps in the health careindustry working as CNAs. She was one of the first people to work in an Alzheimer’s Unit in Sheridan County.

Kathleen was an avid reader, John Grisham was her favorite author, she enjoyed a good murder mystery book or tv show. She always enjoyed many other things: snowmobiling on Wisconsin trails, camping in the Big HornMountains, boating, hunting, garage sale shopping and animal watching, but her favorite thing was being with her family whether it was her nightly visits with her daughter, Julie, or talking for hours with her Grandson’s Casey or Cole. She always was in the know with what was happening in her
families lives. Her guidance will be missed.

Kathleen was known for her pie baking and her delicious potato salad (herrecipe is still a secret). She enjoyed watching old westerns and silent black and white movies because of the glamor of the actresses,“they were truly classy back then”, she would always say. After retiring she and Jack spent their summers on the Big Horn Mountain camping, 4-wheeling, cutting firewood and spending time with their family and pets (Alice Cooper and Ritzy).

Memorials may be made to the Tongue River Valley Community Center or the Dayton Fire Department.