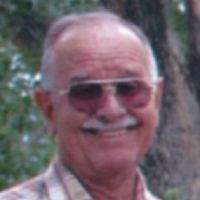 Kenneth Dean Stevenson, 73, of Sheridan, Wyoming, passed away August 14th, 2016 with his family by his side, after courageously battling cancer for several months. Kenny was born October 27th, 1942 in Abingdon, Illinois to Charles Stevenson, Sr. and Violet Roach Stevenson. Charlie and Vi moved to Sheridan, Wyoming with their four boys in 1945.Kenny met and married the love of his life, Diana Lynn Bucher in Sheridan in 1965 and together, they celebrated 50 years of marriage on December 18th, 2015. They had two children, Jeff and Kris, and Kenny spent his adult life trying to make all three happy.Kenny was a hard worker and spent several happy years as a carpenter, making friends along the way. He enjoyed camping, fishing, 4-wheeling and especially looked forward every year to his annual elk hunting trip with his son, Jeff and their friends. He and Diana also enjoyed traveling and working on their homes and took great pride in improving them all.Kenny was a wonderful father and grandfather. His grandchildren, Brhea Dawn Stevenson, Elissa McNeff and Matthew McNeff brought a lot of joy to him and he loved visiting with them. He was looking forward to the birth of his first great-grandchild, Garrett Bradley to be born to Matt and Taylor McNeff this fall.Kenny is survived by his wife of 50 years, Diana of Sheridan; his son, Jeff Stevenson of Sheridan; his daughter, Kristina (Cecil) McNeff of Thermopolis, Wyoming; grandchildren, Brhea Stevenson of Ft. Worth, Texas; Elissa McNeff, of Sheridan, Wyoming; Matt (Taylor) McNeff of Florence, Montana; one brother, Ronny (Sharon) Stevenson, of Texas; and numerous nieces and nephews. He was preceded in death by his parents, Charlie Stevenson and Vi Stevenson; his twin brother, Keith Stevenson; older brother, Chuck Stevenson; and his nephew, Davey Stevenson. At Ken\'s request, there will be no services.