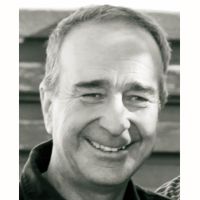 Kenneth Torrens, 55, of Sheridan, passed away on Saturday, November 2, 2013 at his residence.Kenny was born on March 29, 1958 in Sheridan, WY to parents Richard and Judith (Feleciano) Torrens. He graduated from Sheridan High School in 1977. He married Brenda Douglas in Sheridan, WY on August 2, 1980.Kenny spent 22 years working with Metz beverage where he met a number of friends, created fond memories and lasting relationships and loved being known as the “Beer man”. An opportunity arose for Kenny and he became the proud owner and operator of KBM&M where Kenny spent ten years servicing the Sheridan area with determination and help from his family. During this time Kenny enjoyed being a part of the community and developed many lasting relationships. Kenny took great pride in the ownership of his business and this has been evident to everyone he has dealt with. Even with his business Kenny always made time for the love of his life Brenda and the kids. His hobbies included riding his Harley Davidson with Brenda and many dear friends, hunting, fishing, recently Kenny had started a restoration project of a 65 Chevy Impala, water skiing, flying and flight school, visiting family in Hawaii and spending time with his family, especially his new granddaughter Paisley Joe.Kenny was preceded in death by his mother, Judith and grandmother, Zudy Martinez. He is survived by his wife, Brenda, children, Meagan (Joe) Coones of Boise, ID and Matthew Torrens of Sheridan, WY, his father, Richard Torrens of Parkman, WY and granddaughter, Paisley Jo Coones of Boise, ID. His Aunts: Patricia (Bob) Gillis, Colorado Springs, CO, Irene (Bobby) Miller, Casper, WY, Annette Freitas, Honokaa, HI, Veronica “Dolly” Cooper, Honokaa, HI, Uncles: Lawrence “Sonny” Martinez and Manuel “Brother” (Norma) Martinez all of Honokaa, HI and numerous cousins in Wyoming, Colorado and Hawaii.A Celebration of Life for Kenny will be held at 2:00 p.m. on Saturday, November 9, 2013 at the Elks Lodge with Pastor Brian Johnson officiating. The family asks that to honor Kenny\'s Life they wish everyone to wear Hawaiian or Harley outfits.Memorials to honor Kenny can be made to Sarcoma Research, c/o The Gateway for Cancer Research, 1336 Basswood Road, Schaumburg, IL 60173 or to Joey\'s Fly Fishing Foundation,109 S. Main St., Suite B, Sheridan, WY 82801.Kane Funeral Home has been entrusted with arrangements.