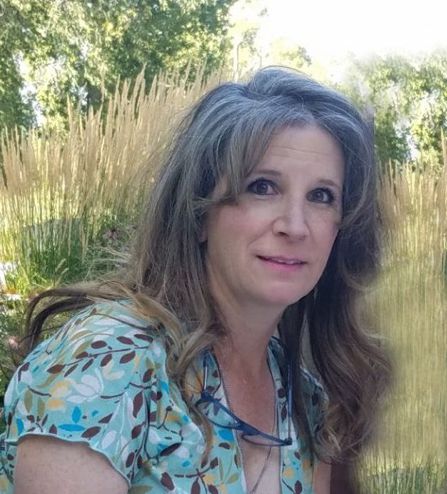 On May 29, 2021 another Angel was called to Heaven. Kimberly Ann Grasky , loving wife, mother, sister, daughter and friend passed away peacefully in her home surrounded by her family.

Kimberly Ann was born February 2, 1967 to Leo and Patti (Friend) Grasky in Miles City MT. From the day she was born she was a force to be reckoned with.

She graduated Sheridan High School 1985. It was there that she met her 3 lifelong best friends, Jennifer Norris, Jeanette Roush, and Christy (Rucki) Nelson. She went on in her education to become a Radiology Technician in 1994. She loved her job in the Radiology Department at Sheridan Memorial Hospital where she worked for 27 years.

She married Clinton Doyle in 1989. From that union came her greatest joys in life, her 2 sons Preston Mitchell and Hunter Riley. She was a fierce mama who did everything she could for her boys. They were first in her thoughts with every life decision she made. She was always on the sidelines of their events from little league to their transition into adulthood. Kim loved taking her boys on spontaneous trips, often times jumping in the car not sure where the road would take them. The 3 of them were always off on some adventure. She would even go with the boys hunting. One time she was helping pack out and elk and got lost, but that didn't stop her from going back--anything to spend time with her boys. They hiked through the Bighorns each December so she could bring home the best "Charlie Brown" tree. She especially loved to watch them ride their horses.

In 2010 She and Garrett Flowers married in an epic Halloween themed wedding. With Garrett, Kim gained 3 bonus kids, Gaven and Mary Flowers and Beau Mandel. Kim and Garrett spent the last 6 years working on their farm. She loved watching HGTV and reading Better Homes and Garden magazine dreaming about their next big project. She was the brains and he was the braun in the renovation of their 100 year old house. The 2 of them loved working on their garden, tending their goats and other chores that come with farm living.

During her illness, she truly taught us what it meant to live. She made sure that no time was wasted and each moment was filled with friends and family doing fun and meaningful things. She organized a "Prom" where she made her family dress up in formal attire and go out to dinner. Bon fires, Pajama and Waffle dinner dates, Golden Girls party and cookie decorating parties were just a few of her crazy ideas.

She taught us it was never too early to decorate for Christmas because you can enjoy it longer that way. She decided to take life by the horns and mark a few things off her bucket list. She took a cruise to Alaska with her sisters followed by a trip to Cabo. She loved to get out and go places, but her favorite trip was when she, Garrett and her boys went to Disneyland and Universal Studios. The family especially enjoyed the Harry Potter world.

Kim was 1/5 of the Grasky girl tribe. She was the sister that the rest could depend on to be the voice of reason. She was the official "boss" and the one that was a sounding board when the others needed one.

Kim was usually surrounded by her nieces, nephews and great nieces and nephew. She was often referred to as the "kid whisperer". She loved watching them play and even made sure she had a playground at the house for them.

Kim had recently found solace in attending Summit Nazarene Church. Pastor Alex Williams was instrumental in her reconnecting with her faith in God.

Above all, Kim was a warrior. She fought bravely and valiantly against a Gliobalstoma for the past four years. She made it look easy, even though that was not the case. Her motto, "I am woman, hear me roar" still echoes out for all to hear.

She is preceded in death by her mother, Patti (Friend) Grasky, her father Leo Grasky, and grandparents.

A Celebration Of Life will be held Saturday June 5, 2021 at 1:00 pm at the Summit Nazarene Church with Pastor Alex Williams officiating. A reception to follow at the family home.

Date:
June 5, 2021
Start Time:
A Celebration Of Life, will be held, Saturday June 5, 2021 at 1:00 pm at the Summit Nazarene Church with Pastor Alex Williams officiating. A reception to follow at the family home.
Location:
Tribute VideoService VideoService Brochure