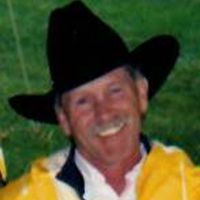 Larry L. Phillips, 69, of Sheridan, passed away on Sunday, May 7, 2017, at the Westview Health Care Center.Larry Leon Phillips was born on December 13th, 1947 to Vernon and Margaret Phillips. He grew up on the family ranch near Alzada MT. He graduated from Belle Fourche High School in 1966. He spent his younger years running heavy equipment for his dad’s business. In high school he participated in football, basketball, track, and was the catcher for the fast pitch softball team. In 1970 he married his high school sweetheart whom he first met at the age of 13, Nancy Nickelson. From this marriage came three sons, Blaine, Benjamin and Taylor. He enjoyed watching his sons participate in athletics; during football season he would rarely miss a practice as it was his job to provide sunflower seeds to the coaching staff. His children, and later his grandchildren, were his passion in life. He did not care about success or failure, only as long as you “worked hard.” He loved watching the Sheridan Troopers baseball games and was hoping to watch one last double header this year though he didn’t quite make it. Per his wishes there will be no service…if you knew dad this would not come as a surprise. He only asked that his ashes be spread at his beloved family ranch. So be it dad. The Phillips family would like to thank all of the nurses and staff at the Watt Dialysis Center for taking care of our father over the last 10 years. Furthermore, we would like to extend a heartfelt thank you to all of the staff at Westview Health Care Center over the last several weeks. Your kindness, compassion and professionalism were outstanding and greatly appreciated. Thank also to those who stopped by to see and talk with dad over the last week; he said it was a great week and felt very loved. Larry was preceded in death by father Vernon Phillips and brother Lester Phillips. He is survived by mother Margaret Phillips and sisters Sharon (Stedillie) and Judy (Porterfield), sons Blaine (Mandy Moody Phillips), Benjamin (Darci Phillips), Taylor (Sarah Phillips), and grandchildren Savannah, Blaine Michael, Torrey, Madsen, Brooks, Christian and Layne.Memorials to honor Larry may be made the the American Legion Troopers Post 7, P.O. Box 12, Sheridan, WY 82801.Kane Funeral Home has been entrusted with arrangements.