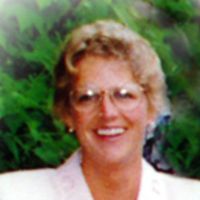 Leslie “Missy” Wolfe, 62, of Sheridan, passed away on Tuesday, December 6, 2016, at her residence surrounded by family and friends after a short battle with cancer.Missy was born the fourth of five children on May 5, 1954, in Billings, MT to Vince and Mary (Hill) Johnston. She was raised in Ranchester and Sheridan and worked at the Ranch House for numerous years during her youth.Missy married Bob Mullinax and they had two sons, Nathan and Aaron. She graduated from the University of Wyoming with a bachelors degree and later received her Masters in Social Work from Denver University in 1996. She then worked at the Mental Health Center in Cheyenne.Missy married Jim Wolfe in 1994. They lived in Cheyenne, WY for many years. After Jim\'s passing she moved back to Sheridan. She worked at NSI and at Northern Wyoming Mental Health Center as a Licensed Clinical Social Worker. She most recently worked as a psychotherapist at the Wyoming Girls School in Sheridan, Wyoming where she found her true calling working with youth.Missy enjoyed her poker club, playing cards with her family, her dogs, and especially loved spending time with grandchildren.Missy was preceded in death by her father Vince Johnston, and her husband Jim Wolfe. She is survived by her mother Mary Sene of Sheridan, WY, and step mother, Marge Johnston of Sheridan, WY, her children; Nathan (Sierra) Mullinax, Aaron (Deb) Mullinax, Mindy (Mark) Ree, Jimmy (Cindy) Wolfe, grandchildren; Matthew, Seth, Luke, Anna, Haydon, Drew, Emme, Martin, Kayne, and Jeremy all of Sheridan. Also, by her sibling; Daniel (Jill) Johnston of Guilford, CT, David Johnston of Parkman, WY, Laurie (Bruce) Sheeley of Parkman, WY and Kelly (Denton Alley) White of Dayton, WY.A Memorial Service will be held at 2:00 pm, on Sunday, December 11, 2016, at Kane Funeral Home with Falk Alicke officiating. A reception will follow at the Barn in Big Horn.Donations can be made to the Missy (Leslie) Wolfe Memorial Fund C/O First Interstate Bank, Attn: Margaret Sare, P.O. Box 2007, Sheridan, WY 82801. To benefit special project at Wyoming Girls School.Kane Funeral Home has been entrusted with arrangements.