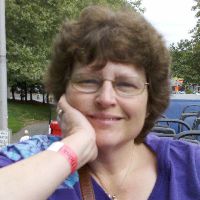 Linda Mitchell, 60, passed away unexpectedly on July 16, 2017.  She was born to the late Lloyd Harrington and Monica Harrington in Salina, KS, on September 9, 1956.  She graduated from Sheridan High School in Sheridan, Wyoming in 1974.  She married Alvin Mitchell on February 4th, 1974. They lived together for 43 years in Sheridan, WY.Linda worked several jobs including Pamida, Montgomery Wards, the 4U drive-in, the Guest House Motel and First Interstate Bank where she had worked for the last 20 years.Linda loved to read, shop, travel and loved taking care of her family and her cat.  She loved spending time listening to music.   She lived in Panama and Puerto Rico while her father was in the Air Force.  During that time, she attended 11 different schools.  She loved going to the beach and collecting sea shells.After her parents passed away, she became the glue that held our family together.  She stayed strong for her family.  She was the oldest of five children and was a wonderful role model for her siblings.Linda was preceded in death by her parents Lloyd and Monica Harrington and by her brother, Douglas A. Harrington.  She is survived by her husband, Alvin Mitchell, her daughter Heidi Mitchell, her sisters Kelly Thompson and Mary Hagaman and her brother, Dean Harrington.A Rosary will be held at Kane Funeral Home on Sunday, July 23rd at 4:00 pm.  A Memorial Mass will be held at Holy Name Church on Monday, July 24th at 10:00 with Father Robert Rodgers officiating.Kane Funeral Home has been entrusted with arrangements.