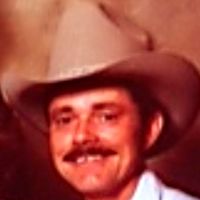 Louis Burdett Ulery, 75, of Sheridan, WY, died at Sheridan Hospital on February 9, 2015 as a result of complications during a surgical procedure.Burdett was born on October 31, 1939, in Sheridan, WY to Nellie Marie Cook and Melville Clinton Ulery. They moved to Hardin, MT. He had 2 sisters and 2 brothers.He served as an Airman in the United States Air Force November 30, 1960 – November 27, 1964. He received several certificates for his marksmanship. When he finished his tour of duty, he returned to Montana. On August 15, 1966, he married Jeanette Kreitzberg. They had 2 children, Janell and Shawn. In 1983, after divorcing, Burdett returned to Sheridan. There he worked for Mullinax Irrigation and Concrete for over 20 years.He was an avid fly fisherman, hunter and carpenter. He enjoyed bowling on various leagues for many years and was an excellent bowler. He was very proud of the perfect 300 game he bowled in 1999.Burdett is survived by his daughter, Janell Van Heel and family of Huntington Beach, CA; son, Shawn Ulery and family of Sheridan, WY, and 4 grandchildren: Matthew, Nathan, Alayna and Jacob. He is further survived by his sister, Inez (Carleton) Farley of Billings, MT and brother, Pete Carleton and family of Hardin, MT, 30 nieces and nephews, special family and friends.He was preceded in death by his parents, sister, Venita (Utchman), and brother, Robert Carleton.Cremation has taken place. A Celebration of Life will take place this summer in the Big Horn Mountains.Kane Funeral Home has been entrusted with arrangements.