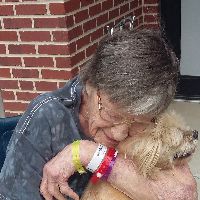 Margaret Anne “Peggy” Kethman, 88, of Sheridan, passed away on Saturday, January 7, 2017, at her son\'s residence. Peggy was born December 29, 1928, in Big Horn, WY, to Catherine (Nourse) and John Mills. She was married to Clarence Dewey Kethman.During the Vietnam war, Peggy packaged brownies and novels and sent them to soldiers. She volunteered at the VA for 25 years. she took care of veterans by taking cookies, coffee and juice to them on Sunday mornings. She was a precinct officer for Sheridan County Voting. Peggy loved gardening and she especially enjoyed spending time with her family.Peggy was preceded in death by her parents, her husband, Dewey, and three sisters, Helen, Jean and Marge; a brother, John; son, Larry; daughter, Kae and great-granddaughter, Miley. She is survived by sons, James “Jim” (Marty) and David (Lisa) Kethman, both of Sheridan, WY and grandchildren, Angie, David, Cathy, Sarah, Justin, Josh, Chelsea, Eli and Jake and sixteen great-grandchildren.A Graveside service will be 2 PM, Thursday, January 12, 2017, in the Sheridan Municipal Cemetery with Pastor Scott Lee officiating.Memorials for Peggy may be made to the VOA Homeless Shelter, 1876 S. Sheridan Avenue, Sheridan, WY, 82801.Kane Funeral Home has been entrusted with arrangements.