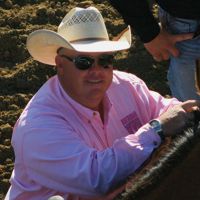 Click Here For DirectionsMarshall “Shane” Winkler, 44, of Sheridan, passed away on Tuesday, December 24, 2013 at his residence.Marshall Shane Winkler beloved son, brother and friend, was born in Lubbock, Texas on November 26, 1969. Raised on his family’s farm until he was eighteen, he graduated from High School in Lubbock, then attended South Plains College and Sul Ross University near Alpine, Texas. His career as a Ferrier eventually led him into the world of polo, where he became a well-known and respected polo club manager, running and helping to run clubs in Palm Beach, Santa Barbara, Houston, Midland Texas and managing the Big Horn Polo Club for ten years. His knowledge of the game combined with a smooth easy style made him one of the best loved polo announcers in the world. Shane left the sport of polo to settle in Big Horn, a town he loved—and that loved him. Working as Manager of Agrarian Operations at the Jan Pamela Polo ranch, he still took the time to serve as a Director on the WYO Rodeo board. Shane was Director in charge of the Indian Relay Race. A member of the Benevolent Protective Order of Elks, his brothers and sisters of Lodge 520 will forever miss this popular, funny, gentle man. Oh, he liked Bud Light “in a can”.A Memorial Service for Shane will be held at 12:30 pm on Saturday, December 28, 2013 at the Elks Lodge.Kane Funeral Home has been entrusted with arrangements.