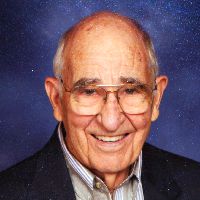 Oscar Juroszek, 89, of Sheridan, Wyoming, passed away on Monday, June 18, 2018, at home in Sheridan with his loving family nearby.Oscar was born on March 10, 1929, to Paul and Anna (Zember) Juroszek in Gloucester (West Point), Virginia.  When he was 10, his family moved to Sheridan.  He attended Holy Name School and Sheridan High School.  Oscar worked for Nash Finch, Holly Sugar, and other local businesses before he went off to the Korean War from 1950 to 1952.  He served in the United States Army, 45th Infantry Division, as a sergeant first-class and was the mess sergeant for his company.  After discharge, he met the love of his life, Bess Couzin, in Billings, Montana, through their mutual friends, Gus and Katherine Mavrakis, who introduced them while Bess, a stewardess for Frontier Airlines, was on layover.  They married June 21, 1953, at the Assumption of the Theotokos Greek Orthodox Cathedral in Denver, Colorado. The marriage was blessed at Holy Name Catholic Church.  They lived in Worland, Wyoming, for one year before moving to Sheridan, where they lived happily for more than 60 years. After they were married, Oscar worked for Wilson Meat Company and New York Life Insurance, and then established Oscarbilt Homes in 1959. He built many, many homes and businesses in the Sheridan area and elsewhere in Wyoming, including his own home and that of his daughter.  He was a member of Holy Name Church and the Knights of Columbus.  He enjoyed watching the New York Yankees, the Colorado Rockies, and the Denver Broncos, and saw Babe Ruth and Joe DiMaggio play at Yankee Stadium.  He also enjoyed watching his children’s and grandchildren’s sports and activities, reading and watching westerns (particularly those with John Wayne), having coffee with his friends, and, most of all, spending time and traveling with his family.  All his children were involved in his building career, whether it was sweeping his shop, straightening nails, or actually building houses with him.  It was another way of spending quality time with them.  He helped Bess pick chokecherries for her syrup and pies.  The family went to the mountains on Sundays for a picnic supper after Bess finished work.  At other times, they had fun picnicking at the Sheridan Information Center rest stop or the Story fish hatchery.  Oscar was a hard-working man of great integrity, always ready to help when asked.  He had a kind word or joke for all.Oscar was preceded in death by his wife Bess, his parents, his brother Paul, and three nephews.  He is survived by his children, John (Christine) Juroszek, Regina (Dan) Juroszek-Smith, Steve (Sheri) Juroszek, and Susan Brophy; five grandsons, Nolan and Spencer Brophy and Morgan, Mason, and Nicholas Smith; and his goddaughter, Pauline Edwards. Visitation will be at 6:00 p.m. on Sunday, June 24, 2018, at Kane Funeral Home, followed by a Rosary at 7:00 p.m., with Deacon Joe Kristufek officiating. A Mass of Christian Burial will be celebrated at 10:00 a.m. on Monday, June 25, 2018, at Holy Name Church, with Father Robert Rodgers and Deacon Joe Kristufek officiating.  Interment will be in the Sheridan Municipal Cemetery with Military Honors. A reception will follow in the Parish Hall at Holy Name Church. In lieu of flowers, the family asks that donations be made in Oscar’s memory to the Holy Name School Scholarship Fund, 121 South Connor Street, Sheridan, Wyoming, 82801 or a charity of the donor’s choice.Kane Funeral Home has been entrusted with the arrangemnets.Online condolences can be made at  www.kanefuneral.com.