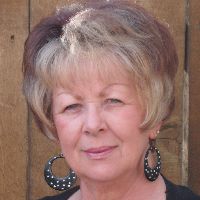 Patricia Mary Routh passed away November 9, 2017 from heart failure following a long and complicated effort to recover from heart surgery. Pat was born in Sheridan on October 8th, 1950 to James and Hilda (Stroh) Bumbaca. She called Sheridan home her entire life and loved everything about living here.She graduated from Sheridan High School in 1969 and went on to attend the Sheridan Beauty College and the Billings Business College and then obtained a cosmetology instructor\'s license which she used to teach at the Sheridan Beauty College until the birth of her son Mike in 1974. She operated the Custom Cut Styling Salon from 1981 until she retired in 1992.She married Larry Gene Routh on January 5, 1980. Theirs was a love affair seeded in friendship and trust and she loved him deeply until the day she died. For nearly 36 years, until his death in September 2015, they were inseparable.She was a loving and devoted mother to her son Mike and always his biggest fan. She spent many summers working in the concession stands while he played legion ball and making treats for his teams when they traveled to out-of-town events. She adored her grandsons Jordan, Nathan and Dylan. Grandma was always up for a movie date, an afternoon of bowling, a lunch date, or just spending time one-on-one. She was a steady and consistent source of love, support, and guidance. Her Thanksgiving feasts are a favorite memory for all of us.She was an avid bowler and dropped pins in bowling leagues for years. She loved getting together with her girls - whether they were chasing the trophy at nationals in Reno or just having lunch.A Visitation will be held from 6:00 p.m. to 7p.m. on Monday, November 13, 2017 at Kane Funeral Home.Please join us as we celebrate her life on Tuesday, November 14, at 2p.m. at Kane Funeral Home. Interment will be in the Sheridan Municipal Cemetery with a reception to follow at the Sheridan Center.Memorials to honor Pat can be made to the Donor\'s Choice.Kane Funeral Home has been entrusted with arrangements.