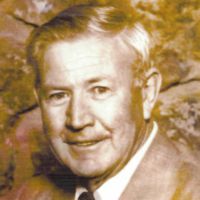 WORLD WAR II VETERAN PASSESPhilip G. Frey, 88, of Sheridan, died peacefully Saturday, August 31, 2013. Phil was born October 14, 1924 in Rozet, Wyoming and was raised by his parents, Tobias and Nellie Frey. He enjoyed a childhood with three other siblings, Bernice Day (d), Lou Frey (d), and a younger sister, Judith Hoyt of Story. He graduated from Rozet High School in 1943 where he was a star player on the 1942-43 Championship Rozet Mustangs basketball team. Phil married his beloved wife, Betty Rose Waddell, on March 12, 1946. Phil and Betty were a hard-working, fun-loving, and devoted couple who raised four children, Linda Frey, Toby (LuAnn) Frey, Lynette (Steve) Haggbloom, and Beth (Ron) Curry.In 1943 Phil joined the US Army when he was 19 and served in many locations including Guadalcanal, Palau Islands, Saipan, and Guam. He also helped to clear the beaches of Iwo Jima then restaged at Ulithi for the invasion of Okinawa. Phil was honorably discharged in 1946, and he rushed home to marry his high school sweetheart, Betty from Moorcroft.Phil and Betty started raising their family in Moorcroft and then moved to Sheridan in 1954. Phil successfully started and operated Sheridan Propane and Freyco, a petroleum wholesaler, until his retirement. Betty, always Phil\'s right-hand gal, worked side-by-side in business and family life. After retirement Phil and Betty lived in Arizona for several years during the winter months, often meeting up with Wyoming friends.During Phil\'s lifetime he always had a passion for flying and received his pilot\'s license at a young age. In his early 20\'s he traded in the family car for his first airplane. Subsequently, he owned and operated two more planes, a Cessna 182 and a Piper Turbo Arrow III.In 1964, Phil was the Exalted Ruler of the Elk\'s organization. Here, Phil and Betty made many of their life-long friends. Phil was also an avid card player and golfer, and had many happy memories on the golf course, including the 19th hole.Phil was appointed to the Standard Oil of Indiana National Advisory Board in 1970, appointed to the Board of Directors of Security Bank (now known as FIB Sugarland) in 1982, and was a member of the Kalif Shrine, VFW, and American Legion.Phil and Betty enjoyed traveling extensively with friends and family. Phil was a good and loyal friend to many. He loved and admired his Betty and loved to kid with her. Phil was a kind and generous father to his four children and enjoyed his grandchildren, Jon, Jamie, Holly, Travis, Kaycee, Amy, Teri, Sarah, and Shelby. He had four great-grandchildren, Jacob, Jesse, Kolton, and Sayler.He will be greatly missed.The family wishes to extend their gratitude to Sheridan Hospice and the staff at Westview for their kindness and support during his final days. A Celebration of Life will be scheduled at a later time for family and friends. In lieu of flowers, memorial donations may be made to the Shriner\'s Crippled Children\'s Fund at P.O. Box K, Sheridan, WY 82801, the Hospice of the Big Horns at P.O. Box 391, Sheridan, WY 82801 or to the Donor\'s Choice.