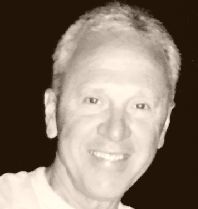 View Service Folder|Click for Video Tribute Rex L. Martin, 72, of Sheridan, Wyoming, passed away peacefully, Saturday, June 24, 2017, at Sheridan Memorial Hospital. He has been cremated. Rex was born April 21,1945, in Modesto, California to Alfred and Mildred (Walsh) Martin. He graduated from Sanger High School in 1963 and from California State University, Fresno in 1967. On October 14, 1978, he married the woman of his dreams, Emma “Emily” Quiroz, in Sanger, California and they were married for 39 years. Rex was in the Military Reserves from 1966-1968 and in Active Duty from 1968-1970 in Pensacola, Florida. Rex was employed as a Parks and Recreation Director by the City of Reedley, California from 1971-1978. Rex and Emily moved to Dayton, Wyoming in 1978 where they opened a convenience store with his brother, Jerry. In 1984 Rex and Emily bought the convenience store, Quik Sak, in Sheridan, Wyoming, which they operated together for over 30 years. He very much enjoyed the personal interactions and community involvement his work afforded him. He would want to give a huge thanks to his excellent patrons. Rex and Emily went on to raise three wonderful children over the course of their time in Sheridan, and were happy to call it home. In Rex\'s younger years, he was a star basketball player, football player and baseball player. He was an avid fisherman and hunter as well. In his later years, he enjoyed dad humor, traveling, snorkeling, talking about memories of his father and loved ones, reading, coaching his daughters\' traveling basketball teams, being a basketball referee, spending time with his Tea Cup Yorkie, soft music, western movies, chocolate, dining with friends, discussing world events, and most of all spending time with his wife and three children. Rex is survived by his wife, Emily, of Sheridan, Wyoming, and his two daughters and son. They are Hope Martin and her fiancé Jon Abens of Denver, Colorado, Skye Martin of Denver, Colorado, and Ryan Martin and his wife Angela Martin of Sheridan, Wyoming. He is also survived by his brother, Jerry Martin and his wife Susan Martin of Big Horn, Wyoming, his sister, Gale Vaughn of Sugar Pine, California, and several relatives and friends. He is preceded in death by his parents Alfred and Mildred. Rex lived a full and inspirational life. He led by example and his tenacity of character was something to be admired. He was a generous, kind, and humble man who made people feel valued, loved, safe and appreciated. If he were to write his obituary he would say how grateful he was for all of the amazing life experiences he had and how blessed he was for his family and loved ones. He remained positive, strong, and brave until the end. A special thank you to the incredible loving care and support at Sheridan Memorial Hospital, the Veterans Association Medical Center of Sheridan, and The Big Horn Heart Center of Sheridan. Also thank you to Kane Funeral Home for all of the arrangements. A celebration of Rex\'s life will be held at 2:00 P.M. on Saturday, August 26, 2017, at Kane Funeral Home with Reverend Kevin Jones officiating. A reception will follow in the Kane Reception Hall.\"What we have once enjoyed we can never lose. All that we love deeply, becomes a part of us.\" Helen KellerKane Funeral Home has been entrusted with arrangements.

Date:
Start Time:
Celebration Of Life will be held August 26, 2017 at 2:00 pm at Kane Funeral Home with a reception to follow.
Location:
Tribute VideoService VideoService Brochure