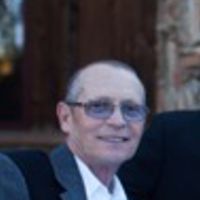 Richard “Rick” Kepp, 65, of Sheridan, passed away on Friday, December 26, 2014, at his residence.Rick was born on January 16, 1949 in Sheridan, WY to Raymond and Esther (Ventling ) Kepp. He graduated from Riverton High School in Riverton, WY. He married Janet Adams in 1968 and had two daughters, Juli and Vicki. They divorced. He then married Barbara Young in 1972 and together they had a son, Robbi. After their divorce he married Donna Kreger on December 18, 1983 and they shared thirty one years together.Rick worked as a heavy equipment operator for various construction companies in Wyoming and Montana. He enjoyed hunting, fishing, gardening, working in his yard, making outdoor log furniture, and spending time with his family and grandchildren. He also loved their dogs, especially Katie and KC.Rick was preceded in death by his grandparents, his father Raymond, his brother Raymond, and nephew Philip. He is survived by his wife Donna Kepp, his mother Esther Boyko both of Sheridan, WY, his brothers Kenny (Patty) Kepp of Hardin, MT., Keith Kepp of Kemmerer, WY, his children; Juli, Vicki, and Robbi. His step children Cindy (Dave) Shoop, Chris (Barry) Hedrich, Chelly Fiedor, Mindy (Chip) Hamilton, niece, Christy (Shane) Morse; several other nieces and nephews and grandchildren Kyler Kepp, Josh Springer, Kara (Tim) Crane, Alyse (Brad) Williams, Hank and Molly Hedrich, and Adam CherniDonations to honor Rick can be made to the Sheridan Dog and Cat Shelter, 84 East Ridge Road, Sheridan, WY 82801.Private services will be held at a later date.Kane Funeral Home has been entrusted with arrangements.