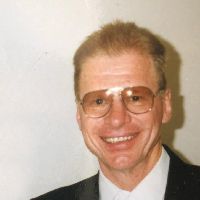 Rickie “Rick” Leon Beld, 71, of Big Horn, WY, passed away Friday, June 29, 2018, at Sheridan Memorial Hospital, Sheridan, WY.Rick was born on February 7, 1947, to John and Irma (Komm) Beld. Due to his father’s employment, Rick attended several elementary schools, before enrolling at Sheridan Jr High, and graduated from Sheridan High School in 1965.  He then enlisted in the Air Force, and served four years as an air traffic controller, one of which was in Vietnam. Rick made a precious repentance and became a striving and lifelong member of the Old Apostolic Lutheran Church.  (Which he said was a wonderful change in his life, when he became a Christian.) He married Louise Eleanor Lehtola on November 7, 1970, in Lake Norden, SD. They moved to Big Horn in 1972, where they raised their six children. He was employed as a truck driver, first for himself, and later for Johnston Fuel Liners and Dixon Bros., among others.Thankful for having shared his life are his wife, Louise (Lehtola) Beld of Big Horn, WY, three daughters, Sonia (Phillip) Willett, Sarah Beld, Sandra (Jason) Levanen, two sons Richard (Amy) Beld, Gary (Lynette) Beld, all of Sheridan, WY, 26 grandchildren, 3 great grandchildren, four sisters, Carol Ellis, of Sheridan, WY, Linda Beld, Susan Beld, both of Cheyenne, WY, Donna (Mike) Hoover, one brother, David Beld, of Sheridan, WY, as well as a host of dear friends and relatives. He was preceded in death by his son, William “Bill” Beld, son-in-law Gunnar Blomquist, granddaughter Sierra Blomquist, grandson Leif Blomquist, and his parents John and Irma Beld.A visitation will be held at the Old Apostolic Lutheran Church on Thursday, July 5, from 6 pm-8pm. Funeral services also will be held at the Old Apostolic Lutheran Church on Friday, July 6, at 11 am, with Joel Hendrickson and Drew Redinger officiating.  Interment with Military Honors will be in the Mount Hope Cemetery in Big Horn, WY.Rest in peace, dear Rick!  We are thankful for your powerful Christian example of love, patience, acceptance, and humility.Kane Funeral Home has been entrusted with arrangements.