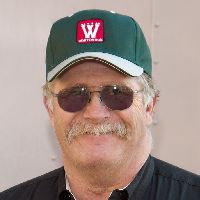 Robert \"Robbie\" Allan Davis, 55, of Sheridan passed away on Wednesday August 26, 2015 at the Sheridan Memorial Hospital. He was born November 5, 1959 in Sheridan to parents Frank and Vivian (Wegner) Davis. He married Carol Arbogast in Sheridan on January 30, 1982. Robbie enjoyed horses, rodeos, trucks, snowmobiling the mountains and being a mechanic. He loved causing hate and discontent as well as merriment with his many friends. He hauled livestock, oil, fuel and many different kinds of equipment for many years. He, through the years, worked for many local companies. Robbie was preceded in death by his parents and grandparents. He is survived by his wife, Carol, his son Rick Davis, his daughter Vivian Davis; all of Sheridan. Siblings: Terese (Elmer) Gill of Buffalo, WY; Patti (Dave) Johnson of Garden City, KS; Lester (Betty) Davis of Springtown, TX; Frances (Jerry) Campey of East Helena, MT; best friend Steve Wojciechowski of Aransas Pass, TX; numerous nieces and nephews; his granddaughter Madison and his loving companion Lexi. A Celebration of Life will be held on Saturday September 26, 2015 at 2pm at the Story Women\'s Club in Story, WY. In lieu of flowers, memorials to honor Robbie may be made to the Sheridan Dog and Cat Shelter, 84 E. Ridge Road, Sheridan, WY 82801.Kane Funeral Home has been entrusted with arrangements.