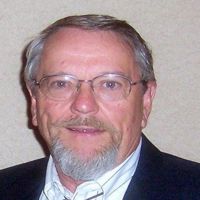 Robert Leroy Prill was born May 20, 1939, in Palmer, Alaska, to William Leroy and Dorothy Charlotte Onkka Prill. Bob passed away at home the morning of April 23, 2018, with his family at his side.Bob’s family relocated to Ranchester, WY when he was 7 years old. He attended school there, graduating Ranchester High School in 1957. He attended Sheridan College when it was located in the old hospital on Saberton St. Bob spent his summers working for his dad and uncle as a laborer at Prill Brothers; learning the sheet metal trade. Prill Brothers expanded into bidding commercial projects sending Bob and a couple other guys to Thermopolis, WY to do the HVAC for a new hospital; it is here that he met the love of his life, Linda Durham.Bob and Linda were married on August 2, 1959. Two sons were added, Rob in 1962 and Larry in 1964.Bob enjoyed the HVAC trade and doing the bidding process; he was a big part of both Prill Brothers and later Prill Manufacturing Company where he redesigned and patented the Prill Coal Stoker Furnace. PMC later closed and he took over the HVAC department of Prill Brothers. His knowledge in the bidding process took him and his family to Billings for 3 years where his \"smarts\" with bidding won him the contracts for Rocky Mountain College FORTINE Center, Eastern College (now MSU Billings) Library classroom building, and the Billings Gazette building; as well as jobs in Powell and Glendive, he was a busy man!Bob enjoyed many hobbies over the years and embraced each and every one of them with a passion. He built and drove drag cars, traveling to many areas with the family in tow, to race his dragster. That love of cars was instrumental in him helping start the Conquistador’s Car Club with several others in Sheridan; he was also the club President. He rebuilt a couple of Corvettes, driving them for a few years, then selling them to other Corvette lovers. Bob was an avid trap shooter and with that came the involvement of Sheridan County Sportsmen\'s Club where he was the President from 1980-2015. His love of the sport and his outgoing personality got him elected and inducted into the Wyoming State Trap Shooting Hall of Fame in 1995.Bob also loved spending time hunting with his son Rob, as well as his cousins who would come from out of state, Dave and Bob Olson. Hunting camp was full of stories and laughter with all these characters.He was always tinkering or building something at home, whether it be new cabinets in the kitchen or toy boxes for the grandkids, he loved working with his hands.Bob sat on many boards within the community and was a great asset to each one of them. He was involved with the Sheridan Inn (he donated his knowledge, time, carpentry and HVAC skills to this project), the Historical Museum, Sheridan County Chamber and the Library Foundation.Bob touched many lives and made many friends not only in our little community but nationwide.Bob is preceded in death by his parents; he is survived by his wife Linda, his sons Rob (Crista) and Larry, grandson Riley Prill, grandson Trebor Schutte (Ashley) and granddaughter Tiana Rabe (Bill). He is also survived by his 4 great-granddaughters, Kaya (Nebraska), Miia, Lexi and Payton (Florida) and a brother, Skip (Peggy) of Alaska.The family would like to thank Welch Cancer Center nursing staff and Dr. Marino as well as the Hospice nurses for the great care Bob received.A Celebration of Life for Bob will be held on Saturday, July 21, 2018 at 1:00 p.m out at the Sheridan County Sportmen\'s Gun Club at 89 Keystone Road.A memorial fund in the name of Robert Prill has been established at First Interstate Bank.Kane Funeral Home has been entrusted with arrangements.