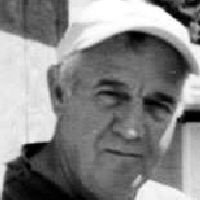 Robert Shumway Meeker passed away on September 6, 2015, after a long battle with Alzheimer’s disease. He was surrounded in love by his children and longtime partner. “Bob” was born in Lovell, Wyoming on January 15, 1939, to Steven and Clorous Meeker. He graduated from Lovell High School in 1957. He was a gifted athlete who played baseball, football, and basketball.  As an all-star basketball player, he was named “King of the Bucket”, and awarded a basketball scholarship to Sheridan Community College. Bob married Lynne Avery in Greybull, Wyoming in 1961 and they had four children. They were divorced in 1980. Bob served his country in the National Guard for two years. He worked as an aviation mechanic for Avery Aviation and then Hawkins and Powers. In 1974, he went to work for Burlington Northern Railroad 25 plus years. He was active on the Greybull Volunteer Fire Department, where he served as an EMT, Assistant Chief and Chief. He lived in Greybull with his family for 20 years and was a devoted father.Bob moved with his children to Sheridan, Wyoming in 1982, where he continued to work for the railroad, and was active in the Union and Operation STOP. He later resided in Ranchester, Wyoming, where he met his longtime partner Carole Wagner. Bob enjoyed traveling to Arizona, Colorado, and Mexico to visit his children and grandchildren as well as many other destinations with Carole. He was most at home in the Big Horn Mountains where he enjoyed his favorite activities: camping, fishing, hiking, and riding motorcycles and snow machines with family and friends. Bob is preceded in death by his parents, Steven and Clorous Meeker; his brother Steve Meeker; and his son, Jode Robert Meeker. He is survived by his children, Robin Meeker Gaston (Keith Gaston), Misty Meeker Oxborrow (Eric Oxborrow), and Dustin Dane Meeker; his grandchildren, Sage Gaston, Dane Gaston, Tynan Gaston, Ash Gaston, MacKenzi Oxborrow, Tosh Oxborrow, Maya Oxborrow, and Macy Meeker; his brothers, Earl Meeker, Wes Meeker, Larry Meeker; his sister Betty Ann Holyoak; many nieces and nephews; and longtime partner, Carole King Wagner. A Celebration of Life Service will be held on Saturday, September 19, 2015, at 11:00 am at Elk View Lodge in the Big Horn Mountains.Memorials to honor Bob may be made to Fisher Center for Alzeheimer\'s Research Foundation (800) 259-4696, 110 East 42nd. Street, 16th Floor, New York, NY 10017. Kane Funeral Home has been entrusted with arrangements.