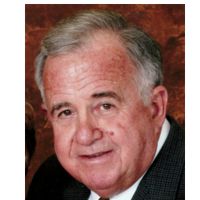 View Service Folder | Click for Video Tribute Ronald Lee Cunningham, 75, of Dayton, passed away on Friday, August 29, 2014, at his home.Ronald was born on August 23, 1939, to Paul and Jeanette (Early) Cunningham. He married Carolyn Beth Robbins on October 24, 1959, in Dayton, OH. Ron served in the United States Marine Corps.Ron worked as a tool sales rep for 30 years in California. He worked for Easter Seals in Sheridan, WY. as developmental coordinator for 10 years prior to his retirement in 2011. Ron also served as a Red Coat Ambassador of Sheridan Chamber of Commerce and thoroughly enjoyed welcoming many new businesses to the community for several years. He was a member of Bethesda Worship Center. His faith and servants heart was a driving force for most of his lifelong goals.Ron enjoyed boating, fishing, playing cards with family, cooking and especially trying new recipes. He loved people and was often found helping others. Ron enjoyed spending time with his many family members. He enjoyed the sunshine and visited the Hawaiian Islands many times.Ron was preceded in death by his parents and his twin brother, Donald Cunningham. He is survived by his wife Beth of almost 55 years, and children; Susan (Allen) Muirhead, Greeley, CO; Patricia Wood, Carson City, NV; Janet (Brian) Paxiao, Dayton, WY; and Cathy (JR) Moore, Ranchester, WY. He is also survived by 13 grandchildren;Sheree(Song),Shanna(Paul),Steven,Jordan(Mary)Ashley,Amanda(Zech),Matthew(Rachel),Sheena(Chris),Heather(Bryan),Derek(Megan), Meagan, Jake,andMikaela and 17 great grandchildren. Alex,Cohen,Kaden, Jaxon,Ellie,Janie, Kellen,Morgan,Harper,Deacon Alexis, Jaden,Nolan,Emma, Hailey, Karlee,and Sydney,A Celebration of Life will be at 10:30 am, Friday, September 5, 2014, at Bethesda Worship Center. A reception will follow the service at the church. Private Inurnment will be in the Dayton Cemetery.Kane Funeral Home has been entrusted with the arrangements.