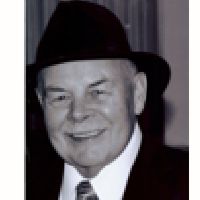 Ronald Grant Oneyear, 76, of Ranchester, passed away on Sunday, January 5, 2014 at his residence. He was born on August 14, 1937 in Sheridan to parents Lyle and Juanita (Pate) Oneyear. After school he joined the Air Force where heserved for three years.Ron enjoyed watching sports, especially Wyoming and Alabama football along with local area games at Sheridan and Tongue River High School. He also enjoyed watching the L.A. Dodgers play baseball. His favorite hobbies were tinkering on cars, fishing, going to the mountains, tending to his yard, playing golf and riding dirt bikes in the California desert. Ron was a pressman for over thirty years and after his retirement in 1999, moved from California back to Sheridan to be closer to his family.He loved spending time with family and friends and always had great stories to share of his youth and his time in the Air Force. He was a member of the American Legion.Ron was preceded in death by his parents, and a brother, Jack. He is survived by his children; Jeff Oneyear and Dayna Dewey, of Sheridan, a sister; Nancy Longress of Sheridan, his grandchildren; Dalton, Randi, Wade, Scott, Brady, Brittani, and his great grandsons; Carter and Parker. He is also survived by many nieces, nephews and extended family and friends. He will be greatly missed by all who knew him.A Celebration of Life will be held at 2:00 pm on Wednesday, January 15, 2014 at Kane Funeral Home with Pastor Doug Goodwin officiating. A reception will follow at the First Christian Church.Donations to honor Ron may be made to Joey\'s Fly Fishing Foundation at 109 S. Main St., Suite B, Sheridan, WY 82801.Kane Funeral Home has been entrusted with arrangements.