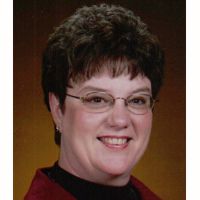 Roxanne Apel Araas, 59, passed away on Saturday, June 22, 2013 at her home in Sheridan, WY. Roxanne had been battling pancreatic cancer since late 2011. She was surrounded by family and friends at the time of her passing.Roxanne was born August 19, 1953 in Casper, WY, to Howard Leon and Roma Jean (Weaver) Apel. While the majority of her teen years were lived in Story, WY, she spent her early youth in Casper and Seattle, WA. Roxanne graduated with honors from Sheridan High School in 1971, receiving several business scholarships. Following high school, Roxanne attended Sheridan College where she earned her Associate in Arts degree, graduating with honors in 1973. Her accolades included induction into the Phi Theta Kappa scholastic honorary.On June 16, 1973, Roxanne married Frederick Joseph Araas III. They recently celebrated their 40th year of loving union. Together, they raised two sons, Ryan Joseph and Robert Leon Araas. They were also blessed with three grandchildren, Tyra Brynn, Liberty Noelle and Caleb Steele Araas.Over the years, Fred and Roxanne lived in Casper and Midwest, WY, before returning to their roots in Sheridan in 1990. In Midwest, Roxanne worked at the school as a librarian and substitute teacher. In Sheridan, she was employed in administration by RENEW for several years. Following RENEW, Roxanne worked at Wyoming Rehabilitation Center as the office manager. Over the last decade, Roxanne worked at Sheridan County Memorial Hospital as administrative assistant to CEO Mike McCafferty.Roxanne enjoyed crafts, planning and organizing social events, spending time at the family cabin and traveling to the Black Hills. She volunteered enormous amounts of time and energy to a variety of groups and organizations. Most of all, she loved being with her family and would immediately capitalize on any opportunity to enjoy her grandchildren.Roxanne touched the hearts of many, many people and directly impacted the success of countless programs within every community where she called home. She was always willing to lend a hand, never waiting to be asked before beginning to help. Roxanne will be remembered for her big heart, bubbly personality and tireless dedication. Whether as a daughter, mother, grandma, sister, friend or simply a smiling face seen only in passing, Roxanne truly brought life’s precious moments to everyone blessed enough to have known her.Roxanne was preceded in death by her grandparents and her father, Howard Apel. She is survived by her husband, Fred J. Araas III (Sheridan); her mother, Roma Apel (Story); two brothers: Ron Apel (Sheridan) and Jerry Apel (Story); two children: Ryan Araas (Shelly) and Robert Araas (Katie), both of Sheridan; and her grandchildren: Tyra, Liberty and Caleb Araas.A visitation and memorial presentation for Roxanne will be at 6:00 p.m. on Thursday, June 27th, with Rosary at 7:00 p.m. at Kane Funeral Home in Sheridan. A Mass of Christian Burial will be at 10:00 a.m. on Friday, June 28th, at Holy Name Catholic Church in Sheridan. Following internment in the Quiet Rest Cemetery in Story, a reception will follow in the Parish Hall at Holy Name Church.In lieu of flowers, memorials to honor Roxanne can be made to the Sheridan County Memorial Hospital Foundation, P.O. Box 391, Sheridan, WY 82801, to support the Welch Cancer Center or to be expended at the discretion of the Board of Trustees of the Foundation.Kane Funeral Home has been entrusted with arrangements.