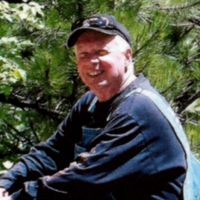 Sherman C. Burns, Jr., 68, of Sheridan, passed away on Monday, February 2, 2015, at the Westview Health Care Center. He was born on December 30, 1946 in Kadoka,SD,to parents Sherman and Virginia (Johnson) Burns.Sherman enjoyed hiking, photography, music and spending time with his family, especially his grandkids. He was a Freemason.Sherman was preceded in death by his parents and former wife, Esther. He is survived by his sons; Craig Burns of Sheridan, WY, Kevin Burns of Philip, SD, and Corey Burns of Sheridan, WY, grandchildren; Brian, Adam,Bradley and Jordan. He is also survived by his brother, Colin (Ruth) Burns of Casper, WY.Services will be held at the 73 at 3:00 pm on Friday, February 13, 2015, in Philip, SD.Kane Funeral Home has been entrusted with arrangements.