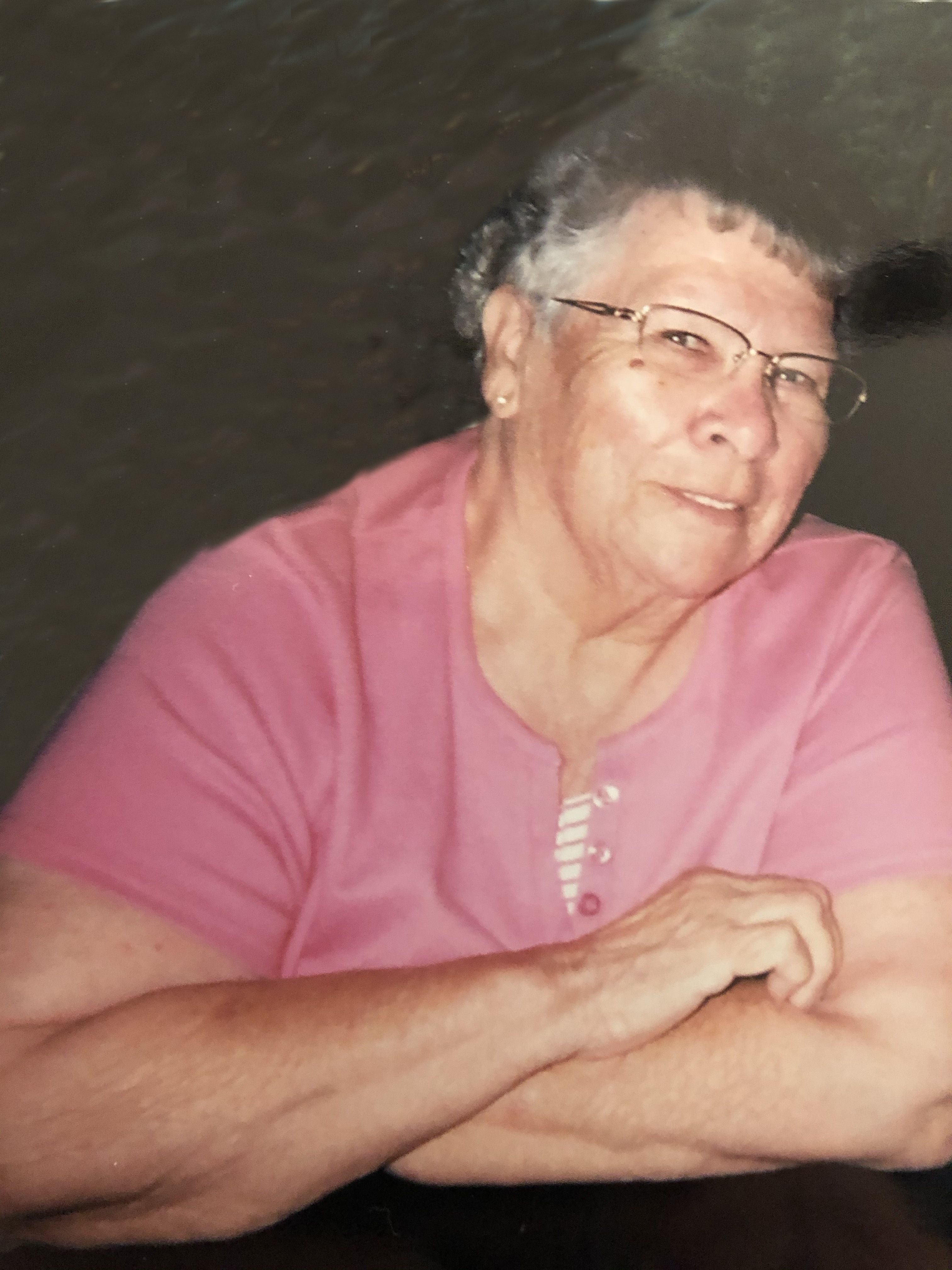 Shirley Powell was born on September 25, 1935.  Her parents were Cliff and Ruth Husman.  Shirley found the love of her life, Frank Powell. They married on September 3, 1953. They had three children, Becky, Bruce and Brenda.  Shirley stayed at home with the children until the children were a little older.  Her daughter's fondest memories was of her mom making cinnamon rolls, crocheting dollies and  sewing western shirts for Frank and Bruce and dresses for Becky and Brenda.  After moving back to Sheridan, Shirley worked at Woolworths as a retail clerk.  Frank's job took the family to Arizona for a couple of years.  The kids were in school and Shirley found a job driving a school bus.  She enjoyed being with the kids’ noise and all!  After two years they returned to Sheridan. At that time Shirley worked for Shipton’s as their bookkeeper. In 1979 her son Bruce passed away. Both Shirley & Frank found this extremely hard. Shirley decided it was time to leave Shipton’s and retire. Upon retirement, Shirley and Frank traveled back and forth to California to get out of the snow.  They were hosts to the campgrounds that they stayed at.  They enjoyed meeting people from all over. In 2000 the love of her life, Frank, passed away.  For awhile she would drive the motor home to California herself.  Brenda finally talked her into buying a mobile home so she could drive her car out and stay during the winter months. In 2001, her daughter Becky passed away.  One more heartache for her to endure. In 2006,Shirley decided to move to Arizona with her daughter Brenda.  Shirley and Brenda purchased a home and Shirley would stay with her daughter during the winter months.  During her stay Shirley would crochet baby blankets for the Banner Estrella Hospital NICU babies.  In 2011 Brenda decided to move back to Sheridan to be with her mom. Unfortunately, 2012 proved to be the most demanding part of Shirley’s life.  Shirley ended up getting sick and having to be cared for away from her home.  Shirley was in Greenhouse Living in Sheridan for eight years.  During that time, she continued to crochet and work in the flower boxes and puzzles.  The COVID-19 situation was  the undoing of Shirley.  Without physical contact her health declined. The staff was her contact, but she missed her daughter.

Shirley was preceded in death by her husband Frank, daughter Becky, son Bruce and her parents, Cliff and Ruth Husman.

Shirley will be inurned beside her husband in Sheridan Municipal Cemetery.