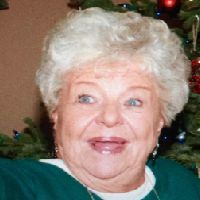 Suzanne Laya, 84, of Sheridan, passed away on Saturday, January 16, 2016, at Westview Health Care Center. She was born on December 24, 1931, in Sheridan to Francis Charles III and Catherine (Davis) Williams. Sue graduated from Sheridan High School in 1949 and attended college in Albuquerque, New Mexico, before transferring to the University of Wyoming. While at the university, she met and married Gerald Laya in 1951.Sue was a homemaker while raising her three children: Gary, Steven, and Debbie. They spent several years in Kalispell, Montana, and then Sue and Jerry moved to Ranchester in 1970. They opened Country Gardens and Crafts, and Sue enjoyed helping others celebrate special occasions. She loved spending time with family and doted on her grandchildren and great-grandchildren. She was an avid Denver Broncos fan and enjoyed watching any western movie, especially John Wayne, and reading. Jerry and she celebrated their 54th wedding anniversary before Jerry’s death in 2004. After Jerry’s passing, her labrador retriever named Lucy, was a great comfort and companion. Sue was preceded in death by her parents, husband, Jerry, son, Steven, and her two brothers Charles and Bud Williams. She is survived by her son, Gary (Teri) Laya of Ranchester and Debbie (Greg) Johnston of Sheridan, four grandchildren Brian Johnston, Jerry (Devon) Johnston, Jami Laya and Stephanie (Rory) Maughan, and four great-grandchildren, Lola Johnston and Brogan, Leland, and Kelton Maughan.A service will be held on Friday, January 22, 2016, at Dayton’s Community Church at two o’clock. A reception will follow.In lieu of flowers donations to honor Sue may be made to the Sheridan Dog and Cat Shelter at 84 East Ridge Road, Sheridan, WY 82801.Kane Funeral Home has been entrusted with arrangements.