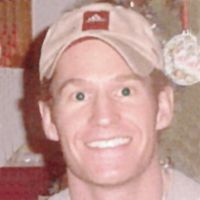 Tucker William Galloway, 34, of Sheridan, passed away on Saturday, June 29, 2013 in the Big Horn Mountains.Tucker was born on October 31, 1978 in Sheridan, WY to Louis “Lou” Edward and Linda Morris Galloway. He graduated from Sheridan High School in 1997 and the University of Wyoming in 2002. He married Cameo Urbatsch on November 23, 2007. After graduation he worked for the Forest Service and then with Galloway Construction.Tucker enjoyed hiking, hunting, fishing, camping, taking Gage with him on his outings and he was an avid archer. He loved spending time with his family.Tucker was preceded in death by his grandfathers; William Logan Morris and Louis Lee Galloway. He is survived by his wife, Cameo, children, Gage, Katie, and Seth all of Sheridan, WY. Also his parents, Lou and Linda Galloway of Sheridan, WY, sister Casey Elizabeth Galloway of Missoula, MT, brother Nathan Louis (Kate) Galloway of Fort Collins, CO and his grandparents, Carolyn Galloway of Sheridan,WY and Violo and Roy Olson of Sheridan,WY.A Memorial Service for Tucker will be at 2:00 pm, on Wednesday, July 3, 2013 at the Kane Funeral Home with Carter Benedict officiating. A reception will immediately follow the service in the Kane Reception Hall.Memorials to honor Tucker can be made to the Rocky Mountain Elk Foundation,12791 Highway 220, Casper, WY 82604.