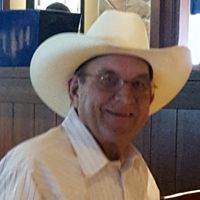 Van Wilson David passed away on March31st, 2021 at the Sheridan Veterans Medical Center. He was born June 30, 1949 in Sheridan, WY to Phyllis (Ridley) David and Elwood David. Van attended Sheridan Elementary Schools and graduated from Sheridan High School in 1968. He attended Sheridan College and was drafted into the Marine Corps. After serving, he returned to Sheridan and worked for CT Reid drilling water wells.

He worked as the manager of the Powder Horn Ranch until it was sold. He started his own business, David Drilling, retiring in 2012.

He went through the chairs in the Elks ,becoming Exalted Ruler in 1983. He was on the board of the Wyoming Water Well Commission and was an inspector, helping to pass safety regulations. He was on the board and president of Sheridan Cabin Owners Association. He was also a member of the Masons and the Shrine.

He was preceded in death by his parents and his youngest son Clint.

A Celebration of Life with Military Honors will be held at the Sheridan Elks Lodge on May 1st,2021 at 3:00pm.

In lieu of flowers, donations to your choice of recipient in Van's name would be appreciated.

Date:
May 1, 2021
Start Time:
A Celebration of Life with Military Honors will be held at the Sheridan Elks Lodge on May 1st, 2021 at 3:00pm.
Location:
Tribute VideoService VideoService Brochure