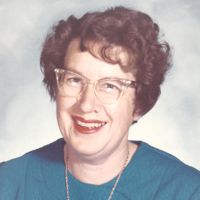 Verda Mae (Dinius) Taylor of Sheridan, Wyoming, passed away on November 10, 2013 at the Green House Living for Sheridan. Verda was born on May 29, 1930, in Steamboat Springs, Colorado. She was the only child of the late Archie and Juanita (Osmun) Dinius.Upon graduation from Steamboat Springs High School in 1948, she attended Colorado Women’s College in Denver, CO and received an Associates degree. After college she worked for Record Abstract in Denver. She married Paul Taylor Jr. on October 11, 1952, in Raton, New Mexico.Verda was an Army wife and therefore traveled extensively with her husband and children living in Chicago, Denver, San Pedro, CA and Olympia, WA. They divorced in 1965, and Verda moved back to Steamboat Springs to assist her parents in the seasonal operation of the Waneta Motel and with the family-owned farm business located south of town.In 1975, she moved with her parents to Hutchinson, Kansas, to a warmer climate due to her parents failing health and became their sole care-giver until they both passed on in the latter part of the 1980’s. In 1988, she moved to Sheridan, Wyoming, to be closer to her children and grandchildren.Verda was very active in The Order of Eastern Star during her life. She is a Past Worthy Matron of the Steamboat Springs chapter. After moving to Sheridan she transferred her membership to Naomi Chapter and served as the Associate Matron Pro-tem from 2000-2001 and became a Life Member. During the years, she held many star points, and always enjoyed being the pianist.Other hobbies included: Playing the piano, reading romance and western novels, studying herbs for medicinal uses and purposes, embroidering and crocheting. She loved to listen to music and enjoyed dancing.In her later years she was able to attend her 50th High School Reunion in Steamboat Springs, Colorado; and travel to Las Vegas, Nevada, to attend a Dinius Family Reunion.She was a member of the First United Methodist Church of Sheridan, Ladies Auxiliary to the VFW and formally a member of Toast Mistresses.Verda is survived by her daughter June Beartusk (Terry) of Lame Deer, MT; son, Calvin Taylor (Mary Paquet) of Lansing, Michigan (formerly of Sheridan); and daughter, Susan Koltiska (Doug) of Sheridan, Wyoming.Verda is survived by seven grandchildren: Jessica (Crook) McClure (Greg) of Littleton, CO; Melissa (Crook) Gatley (Dan) of Billings, MT; Jarad Koltiska (Olivia) of Laramie, WY;Sara (Koltiska) Hansen (Chris) of Pocatello, ID; Kenneth Beartusk of Lame Deer, MT;Zoe Taylor of Riverton, WY and Jonathan Taylor (Carol) of Florida.Great-grandchildren: Jackson Gatley of Billings, MT, Tempest Archer and Sapphyra Taylor of Riverton, WY, and a great-granddaughter due in December which she was looking forward to meeting.Extended family of grandchildren: Brodi, Lenny, Damian, and Riki Beartusk; Sarah Sanderson and Jessie Huntley and great-grandchildren, Michael and Daniel Sanderson, and Jennaka and Lucy Beartusk.Services will be held at the First United Methodist Church of Sheridan on Saturday, November 16, 2013 at 10:00 AM with Reverend Derryberry officiating. Burial will be in the Masonic portion of Sheridan Municipal Cemetery. Memorials may be made to the Dog and Cat Shelter.Kane Funeral Home has been entrusted with arrangements.