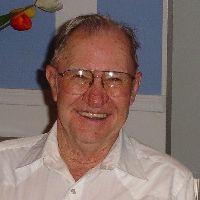 Harold Waford Lemons died peacefully at his home on May 18, 2017, after a short illness. Waford Lemons was born in Montage County, Nacona, Texas on November 18, 1930. His parents were Lewis and Eunice (Russell) Lemons. He had two brothers Lewis Ray and Larry Wayne Lemons.Waford graduated high school in 1949 and eloped with Ester Maude Stricklin. From that marriage they had two sons, Ronald Waford and David DeWayne Lemons. Waford and Maude divorced in 1989.He joined the Air Force in 1952 and was stationed at Carswell AFB in Fort Worth, Texas for most of his service. He was an aircraft mechanic and rose to the rank of Staff Sergeant before being honorably discharged in 1956.Waford wanted to see the world, especially Wyoming and Alaska, and after working all over Wyoming as an oil field roughneck they finally settled in Sheridan in 1962. He later got to live his dream and went to work in Alaska on an off shore drilling platform for about two years. Waford owned a number of businesses through the years; 5th street Conoco and a taxi service. Then later he had the opportunity to work at the Decker Mine. Waford loved the mountains so much, he bought and ran Bear Lodge for 14 years until he decided to retire from a regular schedule and dabble in all sorts of activities at his own pace. But when the bank asked, he came out of retirement to manage Arrow Head lodge until it was sold. It was then he retired only to manage his son David at David’s shop. In 2017, Waford was acknowledged for his 50 years as a Mason, an accomplishment he was proud of.Waford had a special way of making friends throughout his life, maybe it was his Southern sense of humor along with all his little sayings that made people gravitate to him. He loved being busy and having a project to work on. Waford was a guy that would miss a “go” by already being gone. He loved his family, but most of all connecting with people. All his friends loved him, his sense of humor, strong moral character and work ethic. He will be missed by all that knew him.Waford married Joan Burns and with that union came step–children David Plymell and Kristi Gleason. They all became a special part of his life.Waford was preceded in death by both of his parents, E. Maude Lemons, Joan Lemons, Ronnie Lemons and David Plymell.He is survived by his son, David Lemons (Debby), and grandkids Chip Lemons, Meegan Urbanek (Ken), Molly Eckard (Terry), Margaret Shaffer, step-daughter Kristi Gleason (Ben), and grandkids, Kendra Main, Cory Wollen (Jacob) , Kyle Gleason, Nathan Plymell, Jena Plymell along with numerous great-grandchildren.Cremation has taken place and a small memorial will be held in the future.Please, In lieu of gifts or flowers, make a donation to the Kalif Shrine Center, c/o Rick Badget, P.O. Box K, Sheridan, Wy.Kane Funeral Home has been entrusted with arrangements.