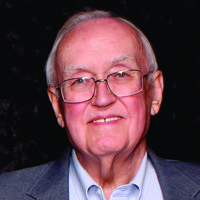 William Bruce Frith IIIW.B. \"Pete\" Frith2/22/1940 - 12/11/2018He would summarize his life as \"I arrived, I lived, I died\".  However any person having known him will testify that Pete\'s life was much more than these few simple words.Pete was born in Arkansas and made his way to Montana and Wyoming as a teenager.  He dedicated his life to being of service to others.  His successful career include serving his country as National Guardsman, serving his county as Sheriff and County Commissioner, serving his city as Chief of Police and law enforcement officer.Pete greeted strangers with humor, quick wit and offered much advice through his one line quotes and truisms of life.He continued to share his sense of humor and laughter throughout his final days. He enjoyed spending time with his family.  His wish for all of us is to forgive one another and live with love and kindness in our hearts because when the end comes upon each of us (and it will) nothing else matters. He is survived by his wife Janet, their daughters Christine (Jimmy), granddaughter Taylor Frith-Brown, Theresa (Philip) grandchildren Samantha & William Flesch, Katherine Frith , Elizabeth Frith, Jennifer (John)  grandchildren Jocelyn & Jacob Frith-Koerner, Patricia Frith.  He is also survived by his brother William Schultz and family, his sister Susan Miller and family, and his grandchildren Amber, Aaron, Aaryk, Aizyk & 5 great grandchildren.He is preceded in death by his parents, a daughter Michelle Andrade, son in law Ron Andrade & grandson Andrew Andrade.Per his request, no funeral services will be planned.Kane Funeral Home has been entrusted with arrangements.