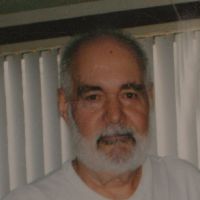 Charles “Smokey” Henry Hammond, 76, of Sheridan, passed away on Wednesday, February 19, 2014 at his residence.Smokey was born on November 20, 1937 in Los Angeles, CA, to parents Howard Henry and Minnie Carter (Henry) Hammond. He served in the Korean War during his service in the US Army from 1956 – 1958. He worked as an auto and diesel mechanic most of his life. He married Norma Yvonne Rhyan in Las Vegas, NV on April 6, 1968.Smokey enjoyed hunting, fishing, CB radios, skate boarding, 4-wheeling, electronics, the mountains, traveling, and spending time with his family.Smokey was preceded in death by his parents, his wife, his son, Harrison Henry Hammond, two brothers; Gary and Rex and grandson, Cory. He is survived by his children; Charlene Hammond of Sheridan, WY, Samantha (Roger) Lacey, of Sheridan, WY, Rochelle Damer of Dallas, TX and Patricia Damer of Arlington, TX, his siblings; Robert (Jenni) Hammond of Neederland, TX, and Shirley Jean (Bill) Mead, of Casper, WY, his grandchildren; Charles, Timothy, Rhyan, Joshua, Amanda, Joseph, and Ashley.Cremation has taken place. Private Services will be held at a later date.Memorials to honor Smokey can be made to the Sheridan Dog and Cat Shelter, 84 East Ridge Road, Sheridan, WY 82801.Kane Funeral Home has been entrusted with arrangements.