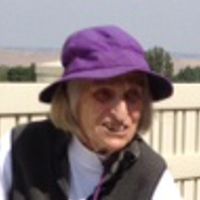 Isabel Livermore, 93, passed away peacefully June 10, 2013 at Green House Living in Sheridan, WY. She was born February 27, 1920, to Elizabeth (Constable) and Hubert Kerman in Utica, New York. Isabel was the fourth in a family of seven and spent most of her time shadowing her oldest brother, Hubert. Isabel is survived by her sister, Kate Farley of St. Michaels, MD.

In 1943 she married Louis C. Farley and moved to Lincoln, Massachusetts. They raised four children: Rosemary (Mike) Whitney of Pounal, ME, Louise (Bob) Rogen of Sacramento, CA, Susan (Rod) Ross of Wyarno, WY and Louis (JoAnn) Farley of CDA, ID. She loved sharing time with her grandchildren Eleanor, Ben and Heather. After the death of her husband in 1974 she married Robert Livermore in 1980. She added new adventures with his children: Wendy (George) Wade of New York, NY, Robert (Jinx) of Belmont, MA, Tom (Ann) of Woodside, CA, and Spark of Moab, UT, and her new grandchildren Ben, Lindsey, George, Barbara and Emily.

Isabel loved the outdoors and developed a love of tennis, skiing, and hiking that she continued for a lifetime. She was usually found outside unless coaching the Boston Bruins to a Stanley Cup win. She was willing to take a risk be it driving under the worst conditions or encourage others to reach for their dreams no matter how unusual. We will remember her for her love of family, the natural world and her sense of adventure.

A Memorial Service will be held at 10:00 am, on Saturday, June 29, 2013 at Kane Funeral Home with Father Michael Ehiemere officiating. A reception will follow in the Kane Reception Hall. Memorials may be sent to Green House Living at Sheridan, 2311 Quail Ridge Dr., Sheridan, WY 82801 to support the walking path or the activity program.