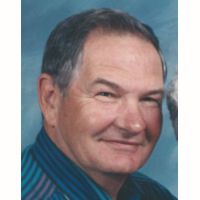 Joseph J. Fiedor lost his battle with leukemia on June 27, 2013 at the VA Medical Center in Sheridan, WY.Joseph was born to Edward and Agnes (Belish) Fiedor in Ranchester, WY. He served in the Army and was a meat cutter with Buttrey\'s in Billings, MT for 30 years. He married Virginia DePue in 1961 in Sheridan and they had three children, sons Marc (Ramona) of Hayward, CA, Jay (Joy) of Kalispell, MT, and daughter, Jillian of Billings.Joseph was preceded in death by his parents, brothers; Tom, John, Robert and Karl, and a sister, Catherine. He is survived by his wife, children, grandchildren; Caleb, Hannah, Briana, Shawna, Kaya, Robbie and April, great-grandchildren; Alan and Alden, brothers; Edward of Laramie, Anton (Bonnie) and Jack (Connie) both of Sheridan, sisters; Joan (Bob) Mlinar of O\'Neill, NE, Theresa Mock of Scottsdale, AZ and Marie (Ronn) Parkison of Gillette, as well as numerous coousins, nieces and nephews.He was a very special man and touched the lives of many people. He was loved and respected by friends and family alike and will be greatly missed.Donations to honor Joseph may be made to the Sheridan Dog and Cat Shelter, 84 East Ridge Road, Sheridan, WY 82801.Cremation has taken place and, at his request, no services are planned.Kane Funeral Home has been entrusted with arrangements.

Date:
Start Time:
Cremation has taken place and, at his request, no services are planned.
Location:
Service VideoService Brochure