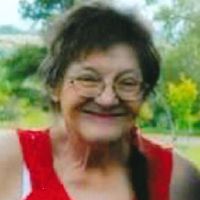 Lidwina “Roxanne” Mires (74) of Sheridan, Wyoming passed away peacefully on Monday, June 6th, 2016, at Westview Health Care Center. Roxy was born in Liberty, Texas on February 9th, 1942, to parents Cecil and Ferne Cook. Roxy grew up in Casper, Wyoming where she attended Natrona High School. During college at The University of Wyoming, where she obtained her Bachelors in Mathematics, she met her first husband Richard Epp who had two young children she helped raise. They then grew their family by three adding Suzanne, Matthew and Jennifer. During their marriage she obtained her pilots license and really enjoyed flying. They also “moved back and forth across the country 10 times in 10 years.” They lived in Laramie, Texas (where Suzie was born), Michigan, Louisiana (where Matt was born), Tennessee, Nebraska (where Jennifer was born), Montana, Virginia, Denver and New Mexico. She always used to say that her kids were “raised in a car.” They travelled in a Chrysler Newport with 5 kids, 2 dogs and a gerbil cage. After Roxy and Richard divorced in 1975 she married her high school sweetheart Gene Mires. They moved to Oklahoma where her youngest child Mark was born. Upon their divorce in 1978, she moved to Denver, Colorado. In 1982, they moved to beautiful Sheridan, WY. In 1999, she became her mother’s caregiver until 2006 while helping raise some of her many grandchildren. The best times of her life were spending time with her family. She enjoyed John Wayne movies, everything about Wyoming (from the history to the Big Horn Mountains), and her two dogs Apache and Boomer. She loved America and her many travels she had through the years, she loved Jesus (she was a member of the Church of Christ). She loved to tell her grandchildren stories of her life and many we know by heart.She was preceded in death by her parents and her brother Roger Cook, and her two companions Apache and Boomer. She is survived by her children Suzanne Bohnet of Phoenix AZ, Matthew (Kelli) Epp of Casper, WY, Jennifer (Victor) Rodriguez of Sheridan, WY, Mark (Katie) Mires of Rapid City, SD. Her grandchildren Tami Napiwocki, Anthony Epp, Aurora Eckert, Brittinni Epp, Megan (Sean) Chalfant, Alex Epp, Sakala Mulholland, Amanda Steigelman, Cierra Epp, Coleton Steigelman, Brayden Mulholland, Zoe Bohnet, Jackson Mires and Aria Mires. Her great-grandchildren Aiden Epp, Christal Cameron, Stella Napirinde, and Alayna Chalfant.The celebration of life will be held on Sunday, June 12th, 2016, at 2:00 at the Old Sheridan Meat Market at 1224 Westview Drive. We request you wear colors to the service as Roxy preferred colors over black.In lieu of flowers donations may be made to Sheridan Dog and Cat Shelter at 84 East Ridge Rd., Sheridan, WY 82801.Kane Funeral Home has been entrusted with arrangements.

Date:
Start Time:
The celebration of life will be held on Sunday, June 12th, 2016, at 2:00 at the Old Sheridan Meat Market at 1224 Westview Drive.
Location:
Service VideoService Brochure