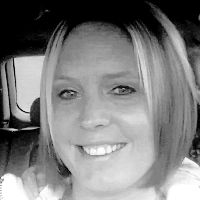 Michelle Ann Clemens, 33, of Sheridan, passed away on January 16, 2015 at Sheridan Memorial Hospital.Michelle was born on September 17, 1981, to Terry and Susan (Comer) Clemens in Sheridan, WY. She grew up in Sheridan and graduated with the class of 2000 from Sheridan High School. She married Chris Bickel and together they had two sons, Nicolas and Riley. They later divorced. She worked for Powder River Power.Michelle enjoyed the outdoors, camping, fishing, hunting, water skiing, and was an avid Green Bay Packer fan. She loved spending time with her family and friends.Michelle was preceded in death by her grandparents. She is survived by her parents, Terry and Susan Clemens of Sheridan, WY, her sons, Nicolas and Riley of Sheridan, WY, her sister Jennifer (Trenton) Adams, nephew, Andrew, niece, Aliyah, all of Sheridan, WY and numerous uncles, aunts, cousins and friends.Cremation has taken place and services will be held at a later date.Memorials to honor Michelle may be made to the Sheridan Dog and Cat Shelter,84 East Ridge Road, Sheridan, WY 82801.“To All Parents” by Edgar Guest“I\'ll lend you for a while a child of mine,” He said.“For you to love the while he lives and mourn for when he\'s dead.It may be six or seven years, or twenty-two or three,But will you, till I call him back, take care of him for me?He\'ll bring his charms to gladden you, and should his stay be brief,You\'ll have his lovely memories as solace for your grief.”“I cannot promise he will stay; since all from earth return,But here are lessons taught down there I want this child to learn.I\'ve looked the wide world over in My search for teachers trueAnd from the throngs that crowd life\'s lanes I have chosen you.Now will you give him all your love, not think the labor vain,Nor hate Me when I come to call to take him back again?”“I fancied that I heard them say, “Dear Lord, Thy will be done!For all the joy Thy child shall bring, the risk of grief we run.We\'ll shelter him with tenderness, we\'ll love him while we may,And for the happiness we\'ve known, forever grateful stay;But should the angels call for him much sooner than we\'ve planned,We\'ll brave the bitter grief that comes and try to understand!”Kane Funeral Home has been entrusted with arrangements.