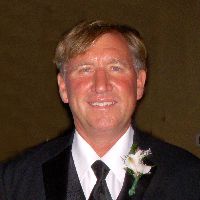 View Service Folder|Click for Video Tribute Timothy Dean Reimers, 59, of Sheridan, passed away on April 26, 2016.Tim was born April 27, 1956, in Laurel, Nebraska, to Bette (Kenny) Hess and Dean Reimers. Tim graduated from Sheridan High School in 1974. He then enlisted in the army in the fall and served his country until April of 1977. Tim married Cindy Fall on January 5th, 1979 at Holy Name Catholic Church. They gave birth to their first daughter Brittany in 1980 and their second daughter Chelsey in 1982. Tim then moved his young family to Phoenix Arizona to pursue a degree in electronics from Devry University. During his attendance they had their son Randy in 1983. After graduation Tim and his family moved to Colorado Springs, Colorado. In 1986 Tim started his own business Reimers Masonry, Inc., which he successfully ran for 30 years and was recently honored to pass the business down to his son Randy. During their time in Colorado they built their family home and raised three beautiful children. Tim and Cindy decided to move back to Sheridan Wyoming in 2014 to be closer to family after they lost their home in the Black Forest fire. Tim loved collecting antiques such as gas pumps, vintage motorcycles, old telephones, go-carts, mini bikes, old buggies and classic cars. He enjoyed oldies music, car shows, traveling, reminiscing about the good ol days, and spending time outdoors snowmobiling, camping, and fishing. Most of all, he loved spending time with family and friends. Tim was preceded in death by his grandparents and his dad, Dean Reimers. He is survived by his wife, Cindy Reimers; his mother, Bette Hess of Sheridan and his children; Brittany Reimers (Brian Fox) of Costa Mesa, CA; Chelsey (Aaron) Cole of McKinney, TX; and Randy Reimers (Liz Bayer) of Black Forest, CO, by his grandchildren; Elijah, Kenzie, Anna and Riley; by his sisters; Bonnie (Dennis) Zowada of Sheridan, WY and Tammy (Mark) Heid of Big Horn, WY.A Visitation will be at 6:00 PM, Monday, May 2, 2016, with a Rosary at 7:00 PM at Kane Funeral Home with Father Brian Hess officiating. Mass of Christian Burial will be at 10 AM, Tuesday, May 3, 2016, at Holy Name Catholic Church with Father Jim Heizer officiating. Interment with military honors will be in the Sheridan Municipal Cemetery. A reception will follow in the Parish Hall at the church.Kane Funeral Home has been entrusted with arrangements.